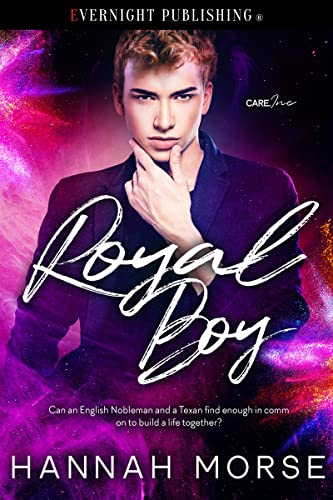 Can an English Nobleman and a Texan find enough in common to build a life together?

Duke George Corbyn commands both wealth and power. An attack before he flies to the states leads him to getting an American bodyguard. George is nonplussed. A babysitter is a no, but a Daddy would be a yes, because what nobody knows is that under his posh exterior, he’s a little longing for a Daddy.

When drill sergeant Aaron Anderson needed a job, he was recruited into CARE, Inc.—a security company that gave him a new start as a bodyguard. Assigned to watch over George, Aaron is not only attracted to the man, but also very aware that Georgie needs a firm hand to guide him. And that hand probably needs to be on the brat’s behind.

When the attacker returns, they learn more is at stake than just their hearts.